Why I run my business with love (and that’s ok) 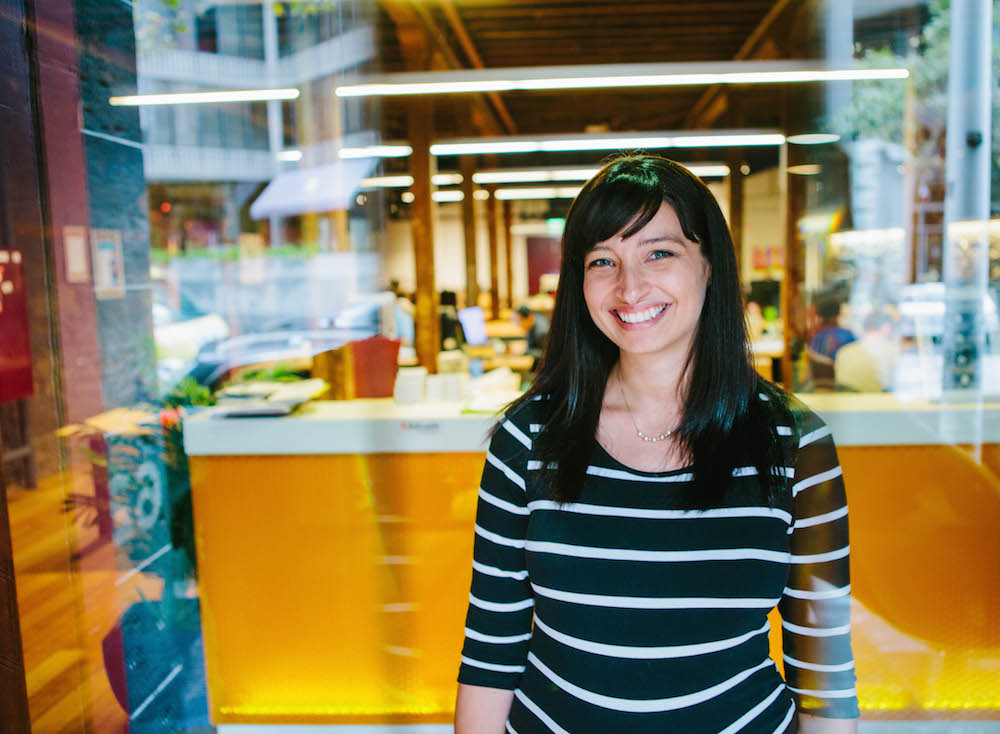 There’s a school of thought that says: “Keep your personal and work life separate, don’t open up and whatever you do, don’t Facebook friend your boss.”

I suppose that makes sense if you work in a big office and just want to avoid getting noticed or fired. But to me that’s like Vegemite; I’ve tried it, and honestly I think it’s awful.

Three years ago, I left a large organisation and started a boutique digital agency. I didn’t set out to build a company with a family-like culture. And it wasn’t always the way we worked. But as time has gone on, and we’ve opened up our lives to each other, our small company has become like a family.

That means I love my team. And I’m not afraid to show my team I love them. I am emotionally invested in each of them. That’s probably not something you hear a lot of founders say. It might even sound strange. I’m ok with that. It took me a while to accept it too: that’s it’s not weird, or crossing boundaries, to care deeply for the people on your team.

Loving the people you work with is awesome, it just needs to be tempered with being fair and professional.

The risks and rewards

Last year, I was struggling with a decision. One of my very best friends was looking for a new job. She’s incredibly talented, I trusted her completely and I knew she would be an asset to our team. But…she’s my friend. I didn’t want to jeopardise our relationship. I didn’t want to risk making things complicated by adding expectations, salary negotiations or the multitudes of issues that come up every day at work. Work is already messy and adding friends into the mix would surely just complicate things?

I wrestled for a few days before asking my mentor for advice. He reframed the debate in my head brilliantly: “You’ve thought about the risk of things going wrong. What would happen if things went right?”

What happen if things went right?

We could share the crazy ups and downs.The strength of our relationship would make hard conversations easier.We could look out for each other.No matter what happened, we would have each other’s back.

Maybe that was the tipping point, the moment where I allowed myself to feel, dream and emotionally invest in everyone on the team.

Bec started working with me nearly a year ago and it has been so rewarding to be able to share the ups and downs with her.

The truth is, work is personal. Work is emotional. By far the best part of my job is seeing people grow. It’s become a running joke how often I end up in tears during quarterly reviews, breaking down and confessing to staff members how proud of them I am and how much they’ve grown.

In our company, there’s an expectation to be the real you. So “where do you see yourself in a year” isn’t a test to see if you know the right answer—it’s a beautiful conversation about our future. Being real and caring for each other can be exhausting and complicated, but it makes us a better company, and more importantly, better people.

I’m not saying it’s perfect; work isn’t always roses and butterflies. The company still has ups and downs. Revenue fluctuates, people leave, disagreements occur and we make mistakes. But love means we lean into hard conversations instead of just avoiding the tensions. It means being honest about shortcomings and failures. Sometimes, it means having very hard conversations about if the job is the right fit for someone.

As a founder, it’s my responsibility to set a culture of fairness amongst friendship. That’s why these principles are foundational to our team.

3. State the facts, don’t make assumptions and give people the benefit of the doubt.Our tendency as humans is to analyse actions, judge based on their actions, then and assume what people are thinking. Those judgements and assumptions are often wrong. For example, if someone is consistently showing up late for work, it’s easy to assume they’re not committed. Instead, I’ve learned to state the facts and ask for more information. “You’ve been running late more than usual. Is there something going on, or something I should know about?” Then, listen.

I never wanted to start a company. My dad is a small business owner, so growing up I saw the time and effort that running a business demands. He didn’t have paid holidays or job security and went through massive ups and downs. The long hours took a toll on our family and his marriage.

When I first started ntegrity, I was terrified that my marriage and relationships would have to suffer. That was the worst case scenario. More than failing at business, I worried about failing at my marriage.

So from the very beginning, I made a promise to my husband that he came ahead of work. I promised that evenings and weekends would be for us. I don’t answer phone calls during dinner and it’s a rare occasion that I work over the weekend. I’ve learned that most work emergencies are not actually emergencies; most things can wait until the morning.

To choose between loving work and loving family is a false dichotomy. Love is not limiting. It is possible to love work, and love your family and friends more.

I’ve been learning to let my work and personal life collide. Last month, our team had a retreat at a little cabin in Kyneton and I invited my husband to join as well, to get to know the team better. At lunch, to my surprise, he started a speech. He thanked everyone on the team for their work, the hours and energy they put in. He thanked them for taking over when I had to take two weeks to fly to London to be with my sister for a family emergency. He thanked them for running the company as I step away for my upcoming maternity leave. By the end, most of us were in tears. It was proud moment that I never thought would be possible: to see the company as a blessing to my marriage, and not something that could pull us apart. My work family is indeed a family, but it doesn’t take away from the people that are most important to me.

There isn’t a switch on our heart that deactivates when we walk into the office and reactivates when we leave. There’s no reason to pretend to be made of stone. By taking the risk to be open, authentic and care for each other, work becomes alive, instead of a bland, drab, lifeless place.

Life is short. Be yourself. Love more.