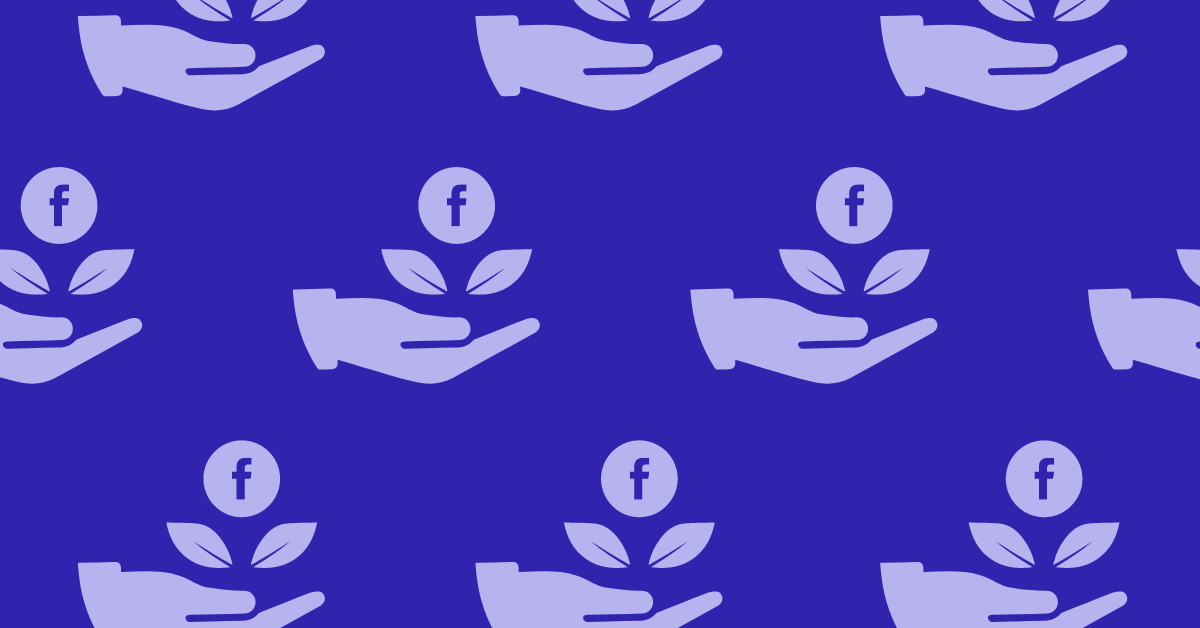 But don’t write it off just yet.

These aren’t figures to turn your nose at.

But here in Australia, we’re a little behind the global trend.

Many not-for-profits are hesitant to take the plunge, but are the pros starting to outweigh the con?

Facebook has tapped into this behaviour and monetised it for good. It sends users a reminder two weeks before their birthday, encouraging them to dedicate their day to a charity of their choice.

Pro 2: You can integrate fundraising into your facebook page

A “fundraiser” or “donate now” tab provides a direct ask for not-for-profits to ask for donations on their facebook page. The fundraisers tab groups together all users currently raising money for your organisation - seeing other people’s fundraising encourages and inspires new supporters. The fundraiser tab also provides a shortcut or call-to-action for new supporters to create their own fundraiser.

“Facebook Challenges” emerged as a trend during the pandemic, since in-person fundraising was completely shelved. It uses lead ads to find the challenge participants and direct them into a Facebook group to set up a fundraising page. This taps into next-gen fundraising behaviours and builds a highly engaged group of fundraisers who would raise money for immediate needs.

Most popular challenges ran on time limits (like 2 weeks, or 30 days) based off of everyday activities that you could do remotely (ie. walking your dog, push-ups, going on a run).

Pro 4. Give virtually, in real time.

If you use Facebook Live to promote your fundraising event as it happens, you can add a “donate now” button to the bottom of the screen.  Livestreaming fundraising events are a great way to bring the campaign to life with a case study or support real life events and provide a platform for those unable to attend.

Providing a mechanism to donate via Facebook fundraiser offers a great opportunity to reach supporters who  may not give through other channels. The low friction, easy donation makes giving via Facebook attractive as an impulse purchase for donors. During emergencies, when there is a lot of attention in the media the speed and ease of creating a fundraiser makes Facebook a go to channel - more than 73 million was raised on Facebook for bushfire relief.

However, there is a big reason many not-for-profits haven’t fully embraced Facebook as a fundraising platform.

A lack of access to donor details and data if undertaken through the native functionality.

Facebook is a walled garden, the fundraising functionality encourages not-for-profits to fundraise within their product, only allowing donations to be given through their platform and not passing on donor details to the not-for-profit. Additionally there’s no analytics.

However, there are some ways around this if you use third party tools (stay tuned - we have an article about third party integrations coming soon!).

So what’s the bottom line?

Donors like the convenience of Facebook and many only want to give this way. Used strategically, Facebook fundraising is a great way to increase  your fundraising reach to new and existing donors to build a new revenue stream.

You don’t have to dive into Facebook fundraising all at once. Test different tools and learn from your insights. Pick and choose the right features for your not-for-profit. If you want to learn more about how to set-up a first-class fundraiser on Facebook, or revamp your social strategy, get in touch.