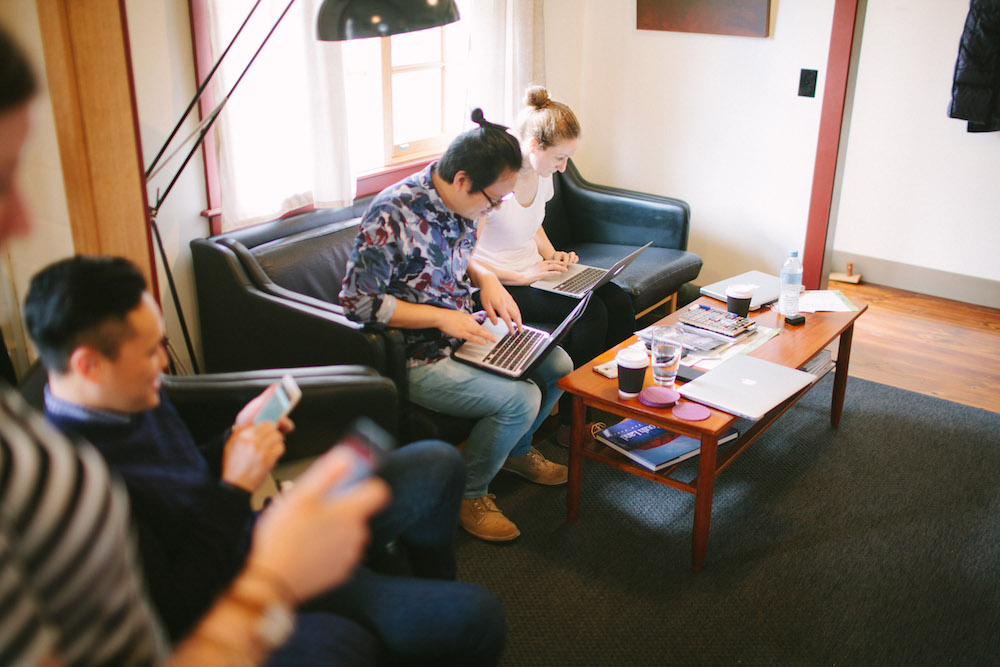 Let’s admit it: “Digital Strategist” is a rather vague job title. And it’s one that didn’t even exist when I was in secondary school – let alone university.

In an attempt to find a career that was both creative and practical, I enrolled in a Bachelor of Arts with a double major in Media & Communications and French. Yes, I can hear you laughing already…

If only I’d known that according to Forbes, my “useless liberal arts degree” would “become tech’s hottest ticket”. In fact – jokes aside – we think it’s marketing’s hottest ticket too.

The ntegrity team is a patchwork of unexpected study-to-career pathways. Our Director, Richenda, has a degree in Social Work, and worked in the industry for several years before she joined World Vision in the US and set herself on the path to social media stardom.

Em studied Professional Communications – a mixture of journalism and politics. Bec has a degree in Health Information Management and worked for many years in the health industry before switching to the digital marketing world. And while Kev and Tony did study marketing, they also spent a lot of time learning about other things too – Kev has a minor in entrepreneurship, and I’m beginning to think there’s nothing Tony hasn’t mastered (he’s studied business, web design, art direction, film-making, graphic design, photography and even food styling).

So if none of us spent three years just studying marketing, then what is it that we have in common? Here are five key things to look for in a digital marketer: 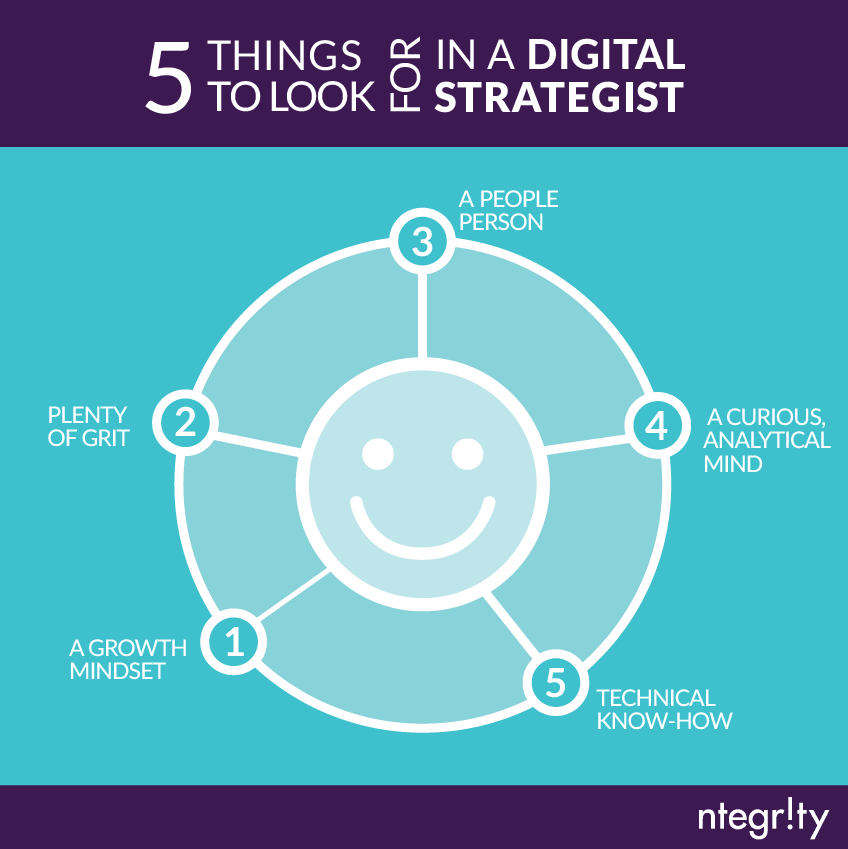 As opposed to a fixed mindset, growth mindset is defined by Carol Dweck in her stellar TED talk as “the power of believing that you improve”. (Read more about building a growth culture.) People with a growth mindset have a thirst to learn and and will readily look for opportunities to build on their current skillset.

According to Angela Lee Duckworth, grit is the factor that determines success – not IQ or socioeconomic status. It’s the ability to evolve and see things through to completion. So, with sufficient “grittiness” you’ll be willing to not only explore new skills, but keep working until you master them – even if they don’t come naturally.

3. Are they a people person?

This means more than simply being able to get along easily with others. It’s about communicating complex ideas with ease, reasoning and persuading with empathy, and being willing to invest in others so that they feel smart, effective, and empowered. Great communicators are also great listeners, knowing that the more they understand about someone else, the better they’ll work together.

Great digital strategists have a natural curiosity that leads them to ask questions, analyse and seek answers. Their eyes light up when analysing data, but their imaginations are firing at the exact same time, showing them where the numbers could take them.

This is number five for a reason, because if someone has items one through four, then their expertise and abilities are sure to grow. However, people who are passionate about the industry will naturally immerse themselves whether it’s their job or not. So, look for someone who’s already roaming happily in the ever-changing digital landscape – whether they’ve had three years experience or twenty.

Can you see yourself in these five points? We’d love to meet you: send our lovely ops manager Bec an email!