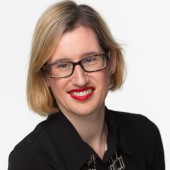 “You can watch a clip on YouTube, but you can’t include it in a presentation to colleagues at work, or for a conference.”

“A comedian can remix content for parody or satire, but an artist can’t remix the same content for any other artistic purpose.”

Are you surprised by these copyright facts?

Earlier this month, the Australian Digital Alliance launched a new micro-site highlighting how Australia’s copyright law is not keeping up with the digital world.  Discussion on Twitter about these issues has been lively using the #copywrong hashtag.

This is a very timely campaign. The Australian Law Reform Commission (the ALRC) is currently holding an Inquiry into Copyright and the Digital Economy (on Twitter #copyrev).

In early June, the ALRC released its Discussion Paper. It’s a very lengthy document, being over 380 pages, so don’t just hit the print button!

However, the central proposal is the introduction of a:

“broad, flexible exception for fair use of copyright material and the consequent repeal of many of the current exceptions in the Copyright Act, so that the copyright regime becomes more flexible and adaptable.”

Unlike the US, Australia’s copyright law does not have a general ‘fair use’ defence.

Instead, our Copyright Act has limited “fair dealing” exceptions that only apply to certain specified purposes:

Even in these specified cases, the use of the copyright work still has to be “fair” which will depend on the circumstances.

One issue discussed by the ALRC that should be of interest to those actively engaged in social media, is the topic of transformative uses.  Transformative uses cover, for example, sampling, mash-ups or remixes, that is where pre-existing works are used to create something new.  While some of these creative acts may be permitted by existing fair dealing exceptions such as parody or satire, many would not. An everyday example is using a song covered by copyright in a home video.

One prominent example cited in the Australian Digital Alliance’s submission is Somebodies: A YouTube Orchestra, created by Gotye, which samples and remixes YouTube covers and parodies of his hit single Somebody I Used to Know.

Another high profile example is EMI Songs Australia Pty Ltd v Larrikin Music Publishing Pty Ltd  where EMI’s recordings of the iconic Men at Work song ‘Down Under’ were found to have infringed the copyright in the song ‘Kookaburra Sits in the Old Gum Tree’, composed and written by Marion Sinclair in 1934.

We’ll discuss in a future post the options to use content legally and reduce your risk of copyright infringement under Australia’s existing copyright laws.

You can also have your say on how the law can be reshaped to fit the digital world.  As Australian Digital Alliance highlighted in their submission, under Australian copyright law, Pinterest ‘fans’ who follow pinboards and share and disseminate, for example, a photographer’s work, could be considered copyright infringers. In contrast, its users in the US are arguably entitled to claim that sharing via these sites is fair use under US copyright law.

If you are interested in these issues you can provide your views to the ALRC.  Submissions in response to the Discussion Paper close on 31 July 2013 and members of the public are strongly encouraged to make their views heard. You don’t need legal qualifications, and your submission need not be formal.

The ALRC is due to provide their final report by 30 November 2013.

In the clutter of COVID-19 doom and gloom, here’s some good news. People are still giving. You can still make…

How COVID-19 has changed NFPs forever

For not-for-profits, COVID-19 has laid bare the importance of building diversified revenue streams and supporter segments. Fundraising, for the most…

How to target your digital advertising campaigns

Speaking to the right person, in the right place, at the right time is crucial for a great campaign. But…

Facebook has recently switched from human moderators to AI-powered moderation due to privacy concerns as their staff work from home….

With more people at home, mobile phone usage has increased by 50%. Meanwhile, 70% of social media advertisers have paused…

The dos and don’ts of COVID-19 messaging

In the midst of COVID-19, one thing is certain. The people who care deeply about your organisation want to know…