Why would anyone wanna… Whisper? 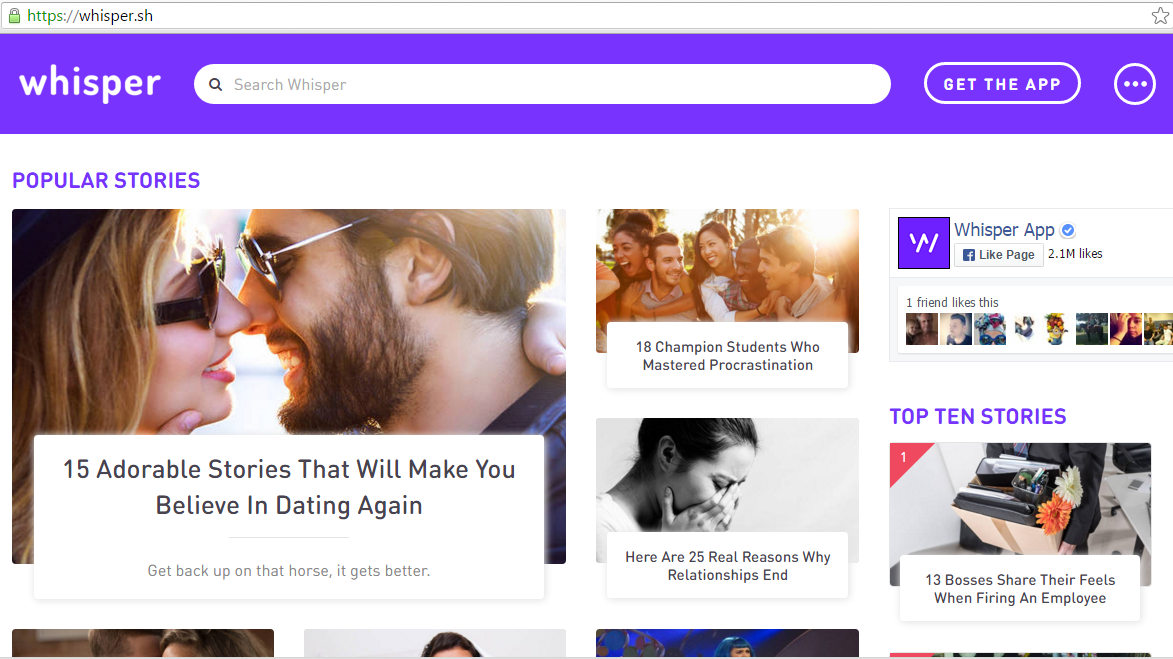 You may have heard about a social app that lets you post anonymous comments, confessions and secrets. As its name suggests, Whisper is based on keeping things quiet, and its premise of anonymity has meant that to date, it has flown under most marketers’ radars…

So, what’s the deal with Whisper?

Traditionally, advertising has been about making as much noise as possible about your service, product or cause. But could keeping things on the down-low work just as well – or perhaps even better – for some businesses?

Let’s take a look at Whisper and whether it could work for your brand.

Whisper is a social networking app, which allows users to post confessions and comments anonymously. Here’s what you need to know: 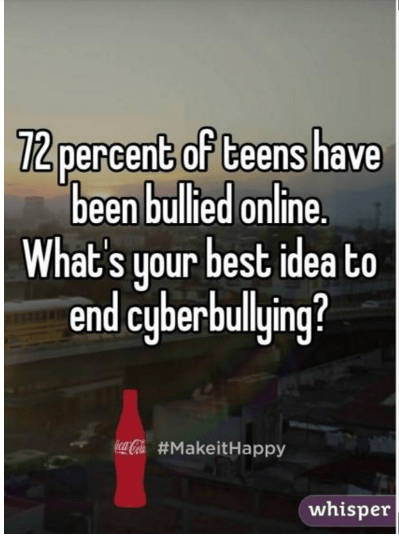 H****ow could brands use Whisper?

For example, Coca Cola ran a campaign asking for ideas to end cyberbullying which received about 5000 replies and hearts in an 8-hour period.

Similarly, charities and not-for-profit groups could use the app as something of a barometer by posting whispers to build awareness of their cause, find out users’ true attitudes to various social issues and discover the barriers that are preventing them from donating or becoming involved in causes.

Interestingly, Whisper itself offers a helping hand as it runs a non-profit foundation to support users who post about depression and eating disorders. 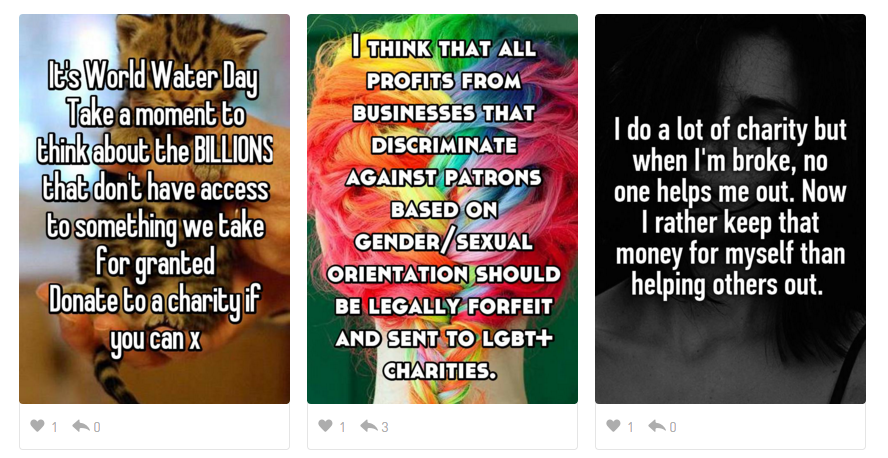 3. Raise awareness and generate discussion for a new product or service

This approach could of course also work for other brands who are simply seeking audience engagement and higher awareness of their brand, perhaps in the lead-up to launching a new product or service. Film and television networks have advertised upcoming movies and programs – one to note is the Fox network’s ad for their film Poltergeist which asked users “what keeps you up at night?”

Whisper encourages users to unburden themselves of their fears, insecurities and opinions without being judged, while at the same time aiming to generate positivity among its community. As such, it works particularly well for organisations with an agenda for positive social change.

Depression, sexual orientation, body image and self perception are all issues that constantly reappear as whispers and which receive significant volumes of engagement within the Whisper community. 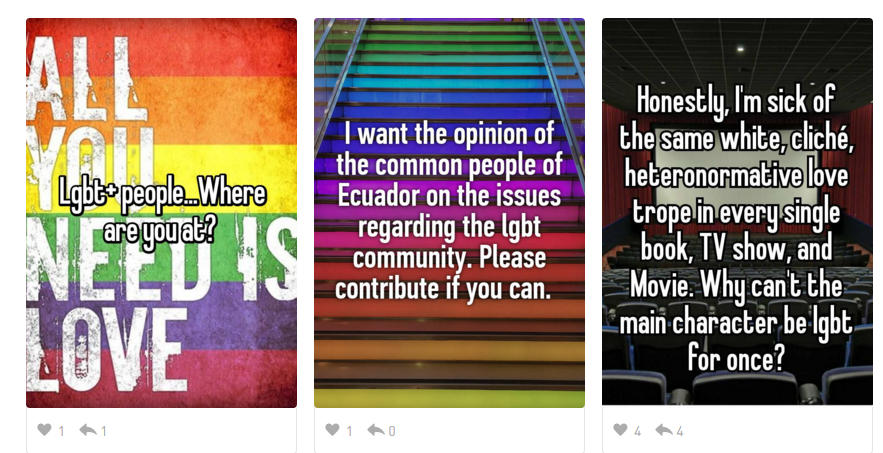 Whisper could also work for brands that are seeking hyper-local engagement as it has a location function allowing users to see whispers posted in areas near them. Small business communities (such as shopping strips) could use it as a kind of local noticeboard to post information about items that are on special, only available in limited numbers or that are deals exclusive to Whisper users. 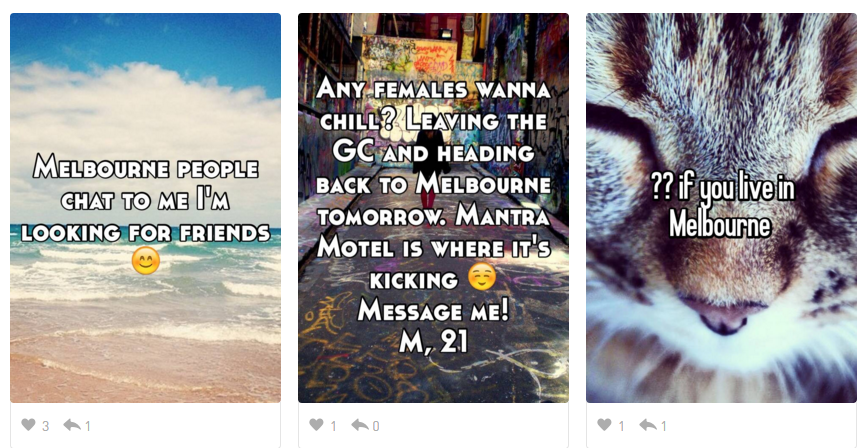 This approach would possibly work best for specific periods and if previously promoted through other non-anonymous social media channels such as Facebook. Users would also need to know the keywords to search on the Whisper platform in order to find the relevant whispers.

All in all, advertising on the platform is still in its early stages, so there are risks as well as gains to be had by getting onto Whisper. And, while we love the possibilities for connecting with audiences in new ways, we believe every strategy must take an “always on” approach to connecting with your audience 24/7/365. So, Whisper would always be just one (more experimental) element of a holistic digital marketing strategy. Like with other social media platforms, there are a few questions you should ask before you jump on it**.**

Want to better engage your audience on social media? We’d love to help! Get in touch by old-school email here!